Scientifically and Clinically Proven. Buy 2 or more jars and save, plus shipping is FREE!

NTFactor® with CoQ10 is a chewable, pleasant chocolate wafer that helps restore your energy and reduce fatigue*, while providing the additional benefit of antioxidant supplementation in one tasty wafer.

Research proves that NT Factor Lipids® repair and restore the body’s cells to a state more resembling a younger person’s*. Add to that the energy producing antioxidant CoQ10 and that equals energy—natural energy!

"Detoxamin is one of the most significant means to improve patients’ overall health that I’ve experienced in my 30 years of practice." Rita Ellithorpe MD
My hat goes off to [the manufacturers of Detoxamin] for researching and making EDTA chelation available, affordable, non-prescription, and practical for a greater number of people… for as you have learned, heavy metal toxicity is at the root of many incurable conditions, and it is not going to go away. Detoxamin will revolutionise medicine." Sherry Rogers MD 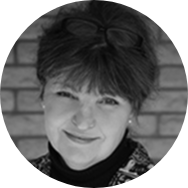 Now, I have published proven research results of Detoxamin's safety and efficacy in approved clinical trials. Please, don’t be fooled by other imitations. The unique Detoxamin formula is the only one that is proven to work longer in the body and absorb into the tissue more than IV chelation or oral chelation.

NTFactor® with CoQ10 is a chewable, pleasant chocolate wafer that helps restore your energy and reduce fatigue*, while providing the additional benefit of antioxidant supplementation in one tasty wafer. Research proves that NT Factor Lipids® repair and restore the body’s cells to a state more resembling a younger person’s. Add to that the energy producing antioxidant CoQ10 and that equals energy—natural energy!

With patented NT Factor Lipids®, (U. S. patent #8,877,239), NTFactor® with CoQ10 is the purest form of energy you can get, paired with the benefits of cellular health!

NTFactor® and NT Factor Lipids® go beyond antioxidants. They repair damaged cell membranes* and protect the mitochondria from future harm*. It doesn’t just amp you up; NTFactor® with CoQ10 works on the cellular level. By restoring the health of your cell membranes*, it gets your body to produce its own energy and immune support naturally*, without using foreign stimulants, such as caffeine, herbs, or sugars. We give you only the pure NTFactor Lipids’® energy and cell-building power. Based on the research, it is effective and, most importantly, safe.

Coenzyme Q10 (CoQ10) is an antioxidant that plays a vital role in the creation of cellular energy. The Coenzyme Q found in most human mitochondria is CoQ10. CoQ10’s primary action is as a cofactor in the electron-transport chain: the creation and transportation of energy. It is primary in powering the body’s energy-producing ATP cycle and is necessary for the health of virtually all human tissues and organ systems. CoQ10 can defuse free radicals and may reduce, or even help prevent, some of the damage they cause. CoQ10 is known to improve energy and enhance the immune system. Being fat-soluble, CoQ10 is better absorbed if taken with a meal that has oil or fat in it. However, since NT Factor is a lipid, it naturally acts as a delivery system. Coenzyme Q10 is one of the most significant lipid antioxidants that prevents the generation of free radicals.*

NTFactor® with CoQ10 aids in the natural production of energy and repair of cell damage from oxidative stressed causes by free radical damage*, and the overall supplementation of the antioxidant CoQ10. Those who are looking to increase their body’s energy levels* by supplementing their diet can benefit from the unique nutrient-based delivery system provided by NT Factor Lipids®.